Natalie Riley is the sole shareholder of Holden Law Office, P.C. in Dexter, Missouri. Her 12 years of practice has been with emphasis on commercial real estate, business organization and affordable housing development and finance. Riley was admitted to the Missouri bar in 2001 and is also admitted to practice before the U.S. District Court, Eastern District of Missouri. Riley is a graduate of the University of Missouri-Columbia (B.A., 1998; J.D., 2001). Riley served as the Managing Editor for the Missouri Law Review from 2000 to 2001.

Riley has participated in transfer and acquisition of affordable housing projects in Missouri, Mississippi, Illinois, Tennessee, Kansas, Nebraska, Arkansas, Louisiana and other states; and has worked with various local, state and federal agencies including Rural Development, Housing and Urban Development and multiple state finance agencies. In 2003, Riley closed the first multi-asset Mark-to-Market transaction in Missouri consisting of ten projects and has been the lead attorney in several individual and multi-project closings since. 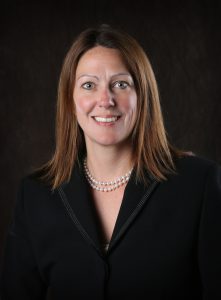